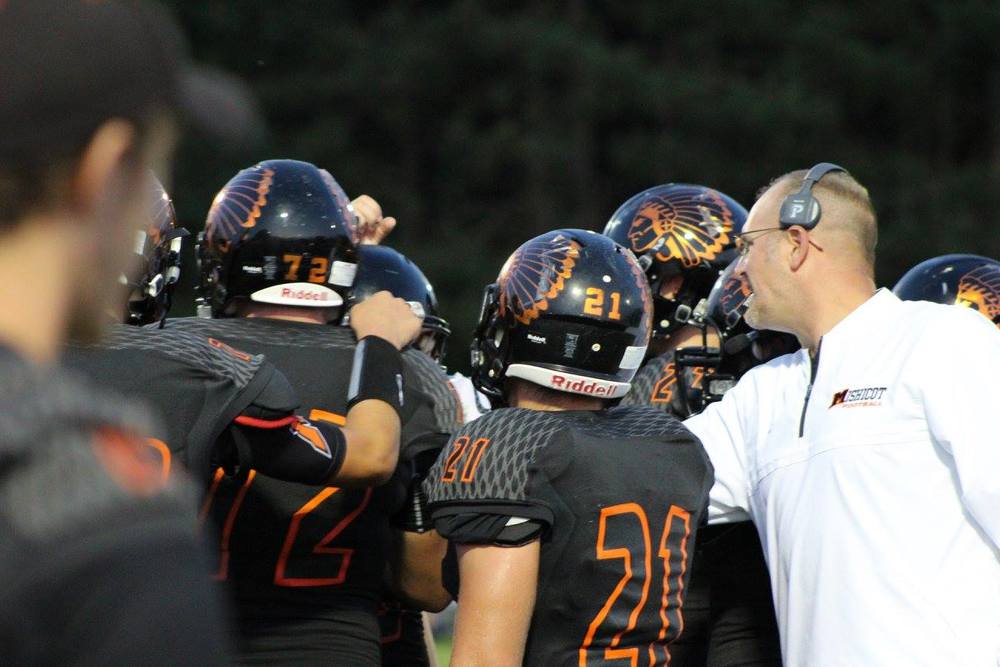 Mishicot and coach Kevin Fix are hoping to return to the postseason having missed out the past two years.

In order to pick up the requisite four conference victories, Mishicot must beat either the Warriors or Kohler/Lutheran/Christian in Week 9. Ozaukee, meanwhile, has to knock off both the Indians and Manitowoc Lutheran in successive weeks.

Injuries have hit Ozaukee hard. The Warriors are down seven starters from the start of the season. Those injuries have dampened expectations after they reached playoff Level 3 in Division 6 last season.

“It’s been a real challenging season,” Lippe said. “We had really high expectations to start, but in the long run this year has provided some guys playing time they ordinarily wouldn’t have had at the varsity level.”

Two players in particular have been underclassman inside linebackers, sophomore Logan Bell and freshman Brandon Harbison.

Harbison has featured in only two games, but has impressed Lippe and the rest of the coaching staff.

“As a freshman at inside linebacker, that should tell you what we think of him,” Lippe said. "He’s going to be a heck of a football player."

While the year hasn’t played out according to script for Ozaukee, Mishicot's Fix says everything is as it should be for the Indians.

“Since the season began, our players expected to reach that goal of making the playoffs,” Fix said.

In order to do so, the Indians have started to take on the persona of their coach. Fix wore a hard hat on the team bus before Mishicot’s 21-20 Week 7 victory over Random Lake to drive home a point.

“I wanted to demonstrate what was needed to win that game,” Fix said. “The kids got a kick out of it and now it’s been a traveling trophy in practice this week.”

Lippe expects nothing less from his Week 8 opponent when they take the field in Mishicot.

“They’ve got a bunch of big boys up front who like to spread you out and run the ball,” Lippe said.

The focal point of the Indians' ground game is senior Sawyer Young, who is fifth in the Big East with 768 yards. He’s only 12 yards behind Reedsville’s Brandon Stelzer, though ,for third so a big game Friday can vault him up the stat sheet.

“He’s got a good vision and understanding of the offense,” Fix said of Young. “He’s not going to be breaking off 80-yard runs, but sometimes he’ll see just a little crease and take advantage.”

Fix said the secret to Mishicot’s success has been as simple as getting more players involved. He’s even busted out a jumbo package that utilizes eight offensive lineman.

“It gets guys who aren’t involved in the first-team offense on the field and makes them feel involved in our success,” Fix said.

Fix said that even teachers in the halls of Mishicot have taken notice.

“The team is jelling and have a positive outlook beyond the field and it’s spreading into the classrooms,” Fix said.

Their seasons might not have been on converging paths before the year, but both Mishicot and Ozaukee are focused on the task at hand.

“Guys are feeling good and that sense of urgency,” Fix said. "They see that playoff berth ahead of them."

Said Lippe, “If we win these next two games, we’ll likely make the playoffs as a No. 7 or 8 seed. That would be a tough road but ultimately good for the program.”

Should the Warriors stumble, Lippe won’t listen to any talk of the season’s rough circumstances.

“No matter what’s happened with our injuries," he said, "that’s never an excuse.”